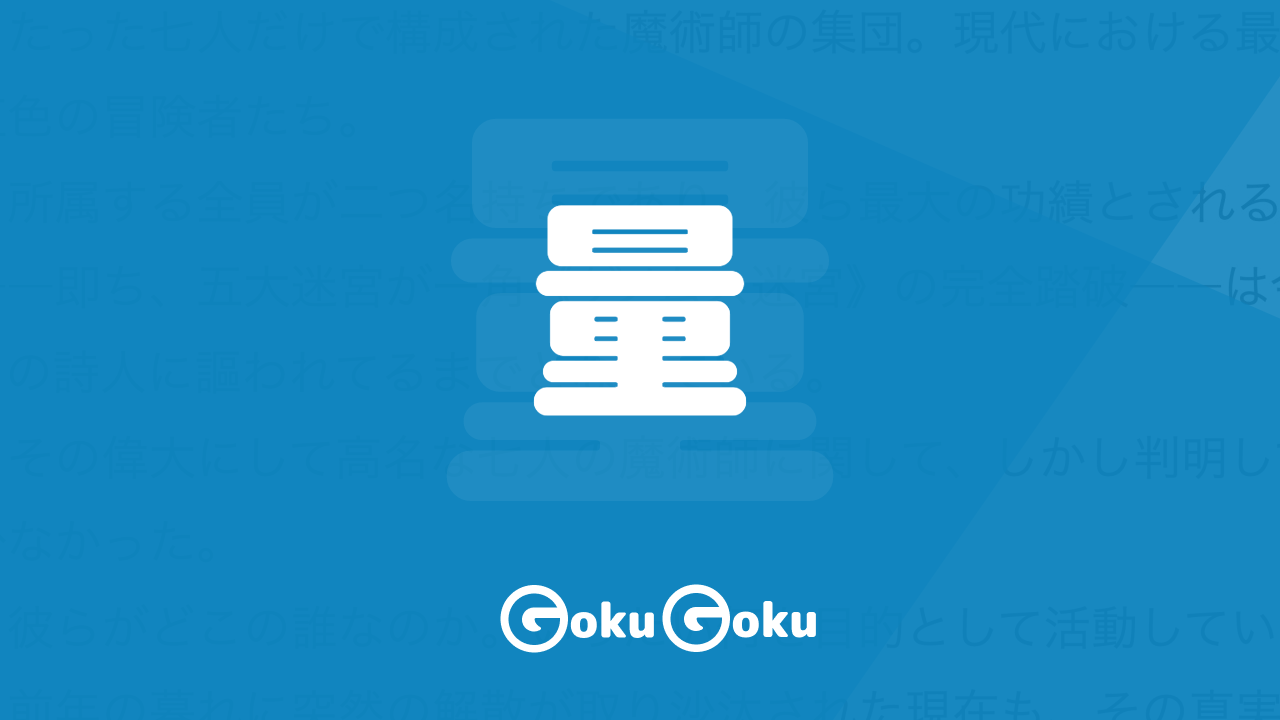 量 is generally used for various measures of physical quantities, such as mass, volume, weight.

In this post we learn more about the meaning of 量, its origin, and how it is used through real example sentences.

Origin of the kanji 量

The kanji 量 is in turn composed of two other kanji:

What does the kanji 量 mean

The kanji 量 indicates a quantity. This kanji can be found on its own as , which means quantity or volume.

The kanji 量 is also used in combination with other kanji to indicate various other measures. Some examples are:

Let's now see the various On and Kun readings that the kanji 量 assumes.

The reading はか is used for the term る, which means to measure.

On readings of the kanji 量 🇨🇳

りょう is the most common and used reading of the kanji 量. As we have seen, this reading is used both for the single kanji , but also when the kanji is used together with other kanji.

Examples of the kanji 量

That was a terrible amount of magical powers.

That was an abnormal quantity.

Not a considerable quantity.